Happy Veterans Day!  A special thanks to all of our military and their families for their service!  It’s truly a Team effort!  Following is a picture of my father and his friend while serving in Korea in 1953.

During my childhood, I don’t remember my father talking much about his service.  Most of what I will tell you today is either documented in his discharge papers, based on my research, or based on family history.

On 5 November 1952, Roland Davis reported to Montgomery, AL for in processing which consisted of uniform issue and mental and physical exams.  I believe his basic training was done at Camp Stoneman, CA per his brother Roosevelt.   When the US Army inducted him for the Korean Conflict, my father was 20 years old.  Prior to entering the service, he lived with his mother and three brothers in Mobile, AL.

At the time, the Army had a dire need for replacements in theater; therefore, the Army reduced basic training for new recruits from 14 to 6 weeks!  Field commanders complained about the lack of quality training and the need to do refresher training once in theater.

Transportation to theater was generally done by ship with a few exceptions by air.  I am assuming my father went by ship, but I really don’t know.  From 1950 to 1951, there were only three Infantry Divisions that contained Negro combat units; the 25th Infantry Division, the 2nd Infantry Division, and the 3rd Infantry Division.  The Army questioned the effectiveness of all Negro units versus integration of Negroes into white units.  The decision was made to integrate during the time my father served.

My father’s DD Form 214 documents that he served two years and 20 days, from 5 Nov 1952 to 24 Nov 1954.  He was 6’0″ and 175 lbs.  During the two years in the Army, Roland spent one year and one month in foreign service.  The Army drafted Roland as a Private and promoted him to Private First Class on 17 July 1953.   They assigned him to K Company, 224th Infantry Regiment.  Based on my research, his unit fell under the 40th Infantry Division.  His awards included:

The Army awarded the above service medals to military that served during one of the official campaigns of the Korean Conflict.  So, my father received medals  for his service in Korea, United Nations, and National Defense.  The Army awarded the Combat Infantry Badge to those who personally fought in active ground combat.  I’m still researching to determine which battles.  His DD Form 214 states that he was not wounded as a result of enemy fire.

After returning from Korea, his transfer point was Fort Hood, TX.  When released from active military service, he was transferred to the US Army Reserves with an 8 year commitment.  During his reserve time, he went to cooking and baking school.  At the time, jobs were not plentiful in Mobile, so Roland moved to Chicago and worked at the US Post Office.  He retired from the US Post Office after 30 years of service.

Please contact me if you know anyone that served with my father in K Company, 224th Infantry Regiment. War changes everything – the person, the families, the friends, and our country.

Dad, thanks so much for your service! 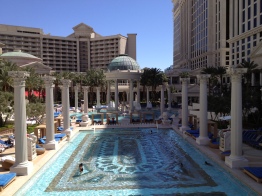 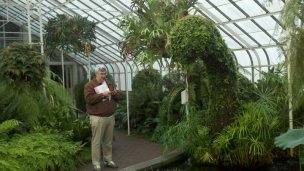