Alice Ruth Coleman, mother of Melzar Williams, was born 20 Feb 1893 in Mobile, AL.  She married Ervin Williams, from Mobile, AL,  in 1909 at the age of 17 yrs old, and Melzar was born in 1912 (at age of 19 yrs old).  They had another child, but he died from pneumonia after only living two months.  According to the 1910 census, Alice Ruth and her husband lived with her parents, and by the 1920 census, they lived with Ervin’s parents.  She was a laundress, and Ervin was a truck driver for the Grain Mill.  Alice Ruth had four sisters and two brothers.

There were rumors going around about the Williams boys.  They were all handsome and considered themselves Ladies Men.  Alice Ruth noticed that Ervin’s eyes started to wonder so she showed him the door!  By the 1930 census, Alice Ruth divorced Ervin.  Once divorced, Ervin married Evita.

By the 1940 census, Alice Ruth worked as a cook and servant.  Her son Melzar and family lived with her.  At the time, my Mom was 4 years olds.  Alice Ruth made extra money by renting out one of her bedrooms.

Alice Ruth worked as a cook for Mr. Richards from the time he was a child.  He called Alice Ruth “Nanny”, and that’s why we all call her Nanny to this day.  Mr. Richards became a lawyer, and did well financially. She continued to cook and do light house cleaning for Mr. Richards even after he married.  He enjoyed her cooking so well, that he requested she cook for his family.  Mr. Richards did not eat his wife’s cooking!

Mr. Richards and his wife never had any children.  They raised three German Shepherd show dogs.  Nanny fed the dogs while the Richards were out-of-town.  The dogs lived in an air-conditioned, cement block house in the backyard.  Mrs. Richards took the dogs to shows in Chicago, and they did well.

Towards the end of Nanny’s career, Mr. Richards paid her house off!  Nanny had diabetes and eventually had to have her legs amputated, one at a time.  She retired because she could no longer work.  Even after she retired, Mr. Richards would deliver Nanny her pay every week as if she was still working for him!  He did this until Nanny died!

I remember visiting Nanny during the summer.  She lived across the street from her son.  Melzar would do her grocery shopping, take her to church every sunday, and any other errands that she wanted.  Nanny had a big fig tree in her back yard, and she made fig preserves.  Melzar enjoyed fig preserves with his toast every morning for breakfast.  My Mom told me that she grew her fig tree from a small twig years ago!  The tree grew huge over time and produced a lot of figs!

Nanny had a wash-house in her back yard.  Mom said Nanny had  the wash-house built long after her home.  The wash-house was very small.  There was room for a white porcelain wash tub with a hand ringer mounted on top.  You had to use a wash board to clean the clothes in the tub.  The hand wringer removed excess water by feeding the clothes through it while you turned the handle.  Nanny hung her clothes outside to dry on a line in her back yard.  The wash tub with wringer looked something like the following picture, except I remember it being round, not square:

Manual Wash Tub with Wringer and wash Board

My sister Andrea remembers Nanny as well.  She remembers sleeping at Nanny’s house when we visited during the summer.  She also remembers Nanny keeping a jar of water with garlic in the refrigerator that she drank every morning.  In the later years, Andrea was pregnant with her oldest daughter.  They lived in Germany at the time.  She received frequent letters from Nanny.  Andrea was looking forward to coming back to the United States, having her baby and visiting Nanny, but Nanny did not live long enough to see that day.  Nanny died 14 January 1983 at 90 years old, and LaToya was born 26 January 1983.  Andrea was heart-broken.

Follow Between The Dashes on WordPress.com
Join 255 other subscribers 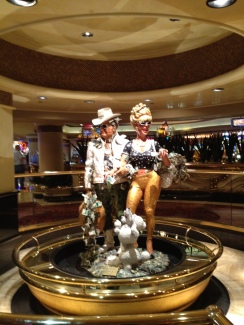 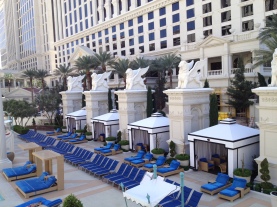 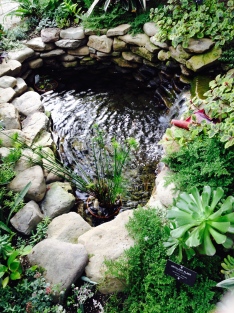