Dan and Amanda (Mandy) Jasper were my 2nd Great Grandparents on my Mother’s side of the family.  Dan Jasper was born in 1863 in Alabama to the parents of Robert (born 1806 in South Carolina) and Nancy Jasper (born 1827 in North Carolina).   By 1870, Robert and Nancy relocated to Quitman, MS.

In 1880, at the age of 17 years old, Dan Jasper was a laborer and a single Black man.  In 1887, Dan Jasper married Mandy Portis also from Quitman, MS.    They had nine children together, of which Eva Jasper was my great-grandmother.  More on Eva below.

Let me pause and talk a little about Dan Jasper.  In my genealogy research, I was able to find that Dan Jasper secured 40 acres of land!  See the certificate of land registration below.

On 13 Aug 1895, Dan met all the requirements of the Homestead Act to own his 40.05 acres of land in Quitman, MS without a mortgage.  The Homestead Act was signed into law in May 1862 by President Lincoln, and took effect 1 January 1863 (the same day the Emancipation Proclamation took effect).  To be eligible for the Homestead Act, a person had to be 21 years old, head of household, or meet certain military requirements.  In addition, the person had to be a US citizen or have filed a declaration of intent to become one.  Finally, the person must not have borne arms against the US or given aid and comfort to its enemies.  The land owner had to live on the property for five years, or pay a minimum of $1.25/acre (for 60 acres or less) or $2.50/acre after six months residency.

Back to Eva Jasper…

Eva was born in 1897 in Quitman, MS, and was the seventh child born to Dan and Mandy Jasper.   Eva (my great-grandmother) was a wonderful person and a devoted mother, wife and grandmother.  She was medium height with a small frame.  Eva was raised in Quitman, MS, and met the first love of her life, Orange Brooks.  Eva got pregnant, but refused to marry Orange Brooks because he was white.  In 1915, society was not accepting of interracial couples to say the least!  Eva would say, “I’m not marrying you!  They’re not gonna hang me from some tree!”

By 1930, Eva moved to Mobile, AL, met and married Joe Brown.  She worked diligently to help her husband attain the status of pastor of the church were they were members.  Eva arranged many events to raise her husband’s status in the church, but nothing seemed to work.  When all else failed, Eva stood by her husband’s side and joined him when he decided to start his own church.  The church was called Texas African Methodist Episcopal (AME) on Texas Street in Mobile, AL.

I remember Momma Eva, as we called her, being insistent about staying in her home even after she became old, feeble, and in need of care.  On a daily basis, Eva walked about two blocks to her daughter’s house, ate several meals, then returned home at the end of the day. During our visits to Mobile, we would go to Momma Eva’s house where she would entertain us with candy, her many cats and historic treasures.  She always had peppermint candy for us. Even if the candy wrapper was open with dirt all over.  She offered what she had to us.

My husband and I found what we believed to be the Texas AME Church using Google Earth.  What a wonderful and very powerful tool.  Both Eva and her husband Joseph Brown died in Mobile, and the funeral services were held at their church.   A picture of the church as it stands today follows:

History:  There were several attempts to offer reparations to freed slaves.  In addition to the Homestead Act of 1862, the Sherman Special Field Order 15 (1865) offered the promise of land as the first systematic attempt to give a form of reparations to newly freed slaves (referred to as the “40 acres and a mule”).  The federal government confiscated 400,000 acres of private property formerly owned by Confederate land owners, and redistributed the land in increments of 40 acres to former black slaves.  Andrew Johnson, Lincoln’s successor and a sympathizer with the South, overturned the Order in the fall of 1865, and, as Barton Myers sadly concludes, “returned the land along the South Carolina, Georgia and Florida coasts to the planters who had originally owned it” — to the very people who had declared war on the United States of America.  Source: http://www.theroot.com/articles/history/2013/01/40_acres_and_a_mule_promise_to_slaves_the_real_story.html

Follow Between The Dashes on WordPress.com
Join 255 other followers 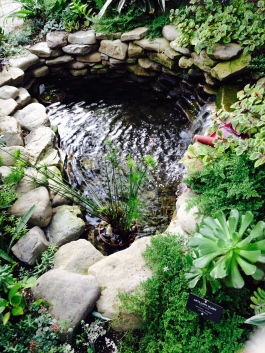 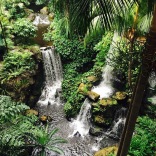